The Pivot theatre festival brings groundbreaking acts from around the world to the Yukon while also supporting homegrown talent. It brings its audience along and fosters their love of arts and theatre. Beyond the productions, Pivot engages the local audience with after parties and other events based on growing the cultural community.

The annual Pivot Theatre Festival takes place in January in Whitehorse, Yukon. Nakai Theatre wanted to not only reach the existing theatre audience, but also to grow the audience and capture the attention and attendance of those who would not normally buy tickets for theatre.

For the 2017 & 2018 seasons of the festival, SMRT POP UPS created the branding for the festival and developed it into designs for a flyer, posters, the website, ads, and social media content. The branding reflected the prevailing mood of winter in Yukon - a world of hidden and shadow selves, combined with the transformative nature of the theatre festival and the shows it brought to the North each year. 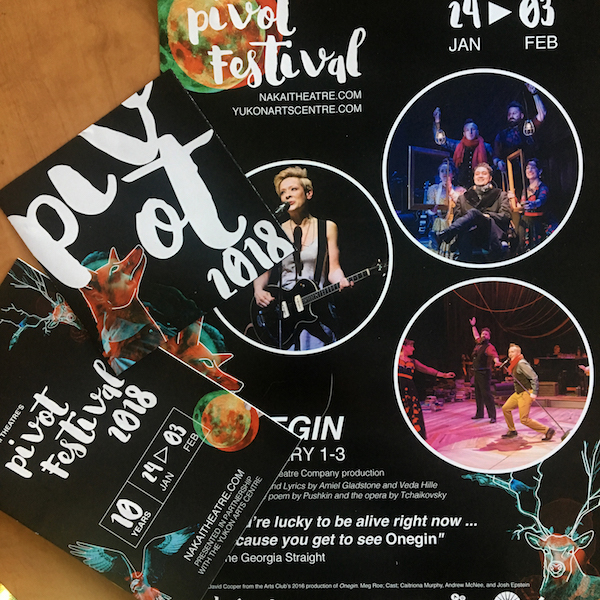 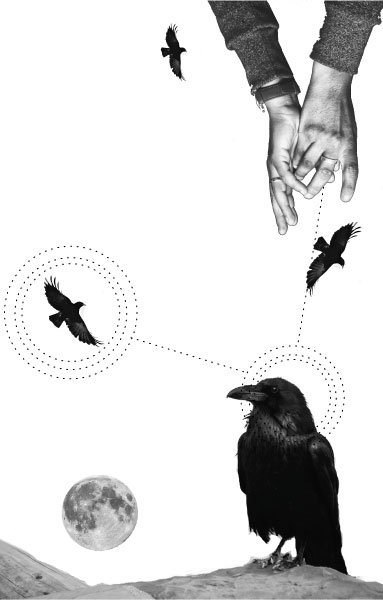 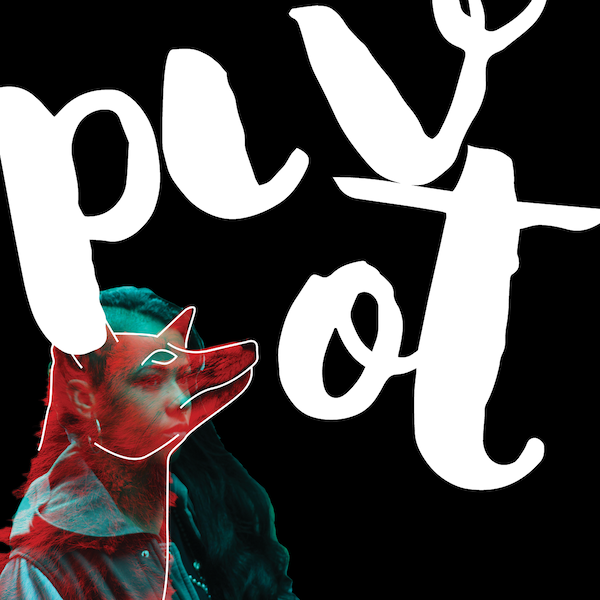 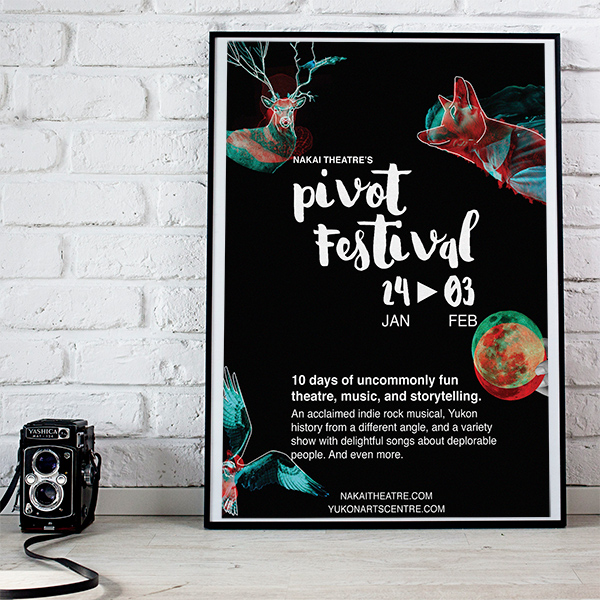 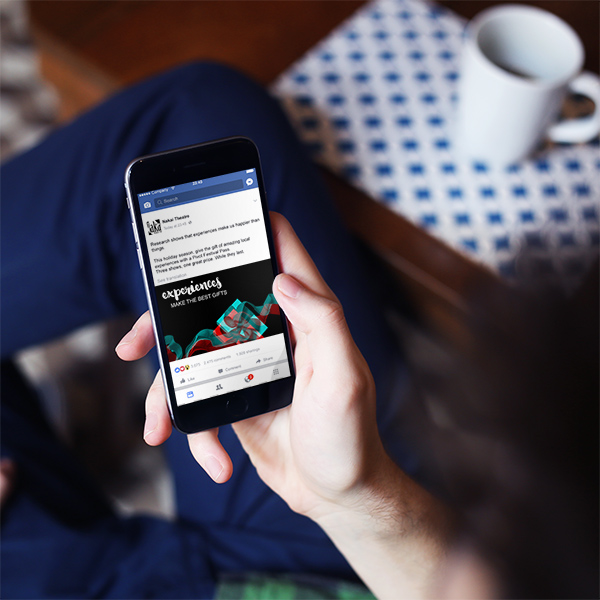 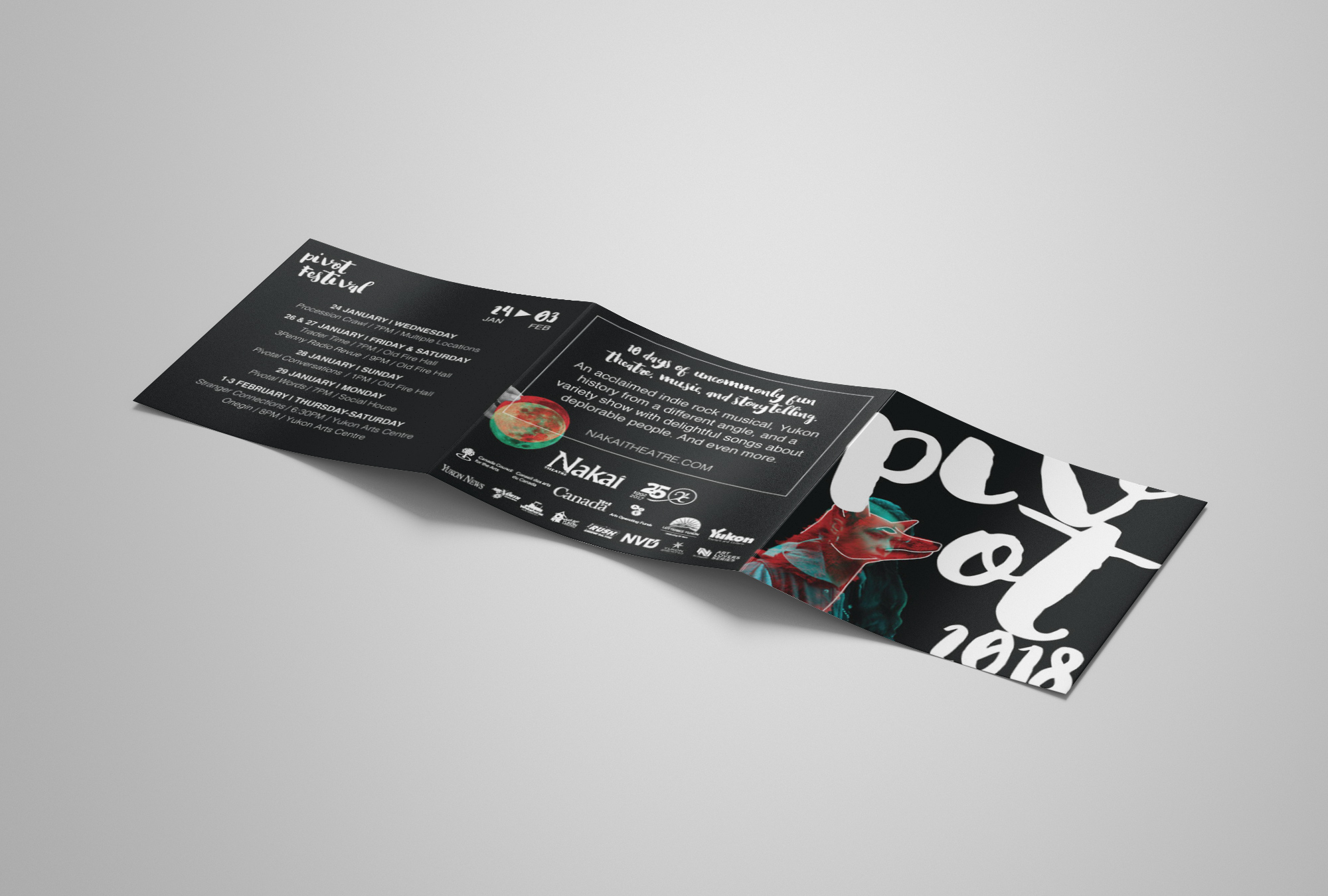