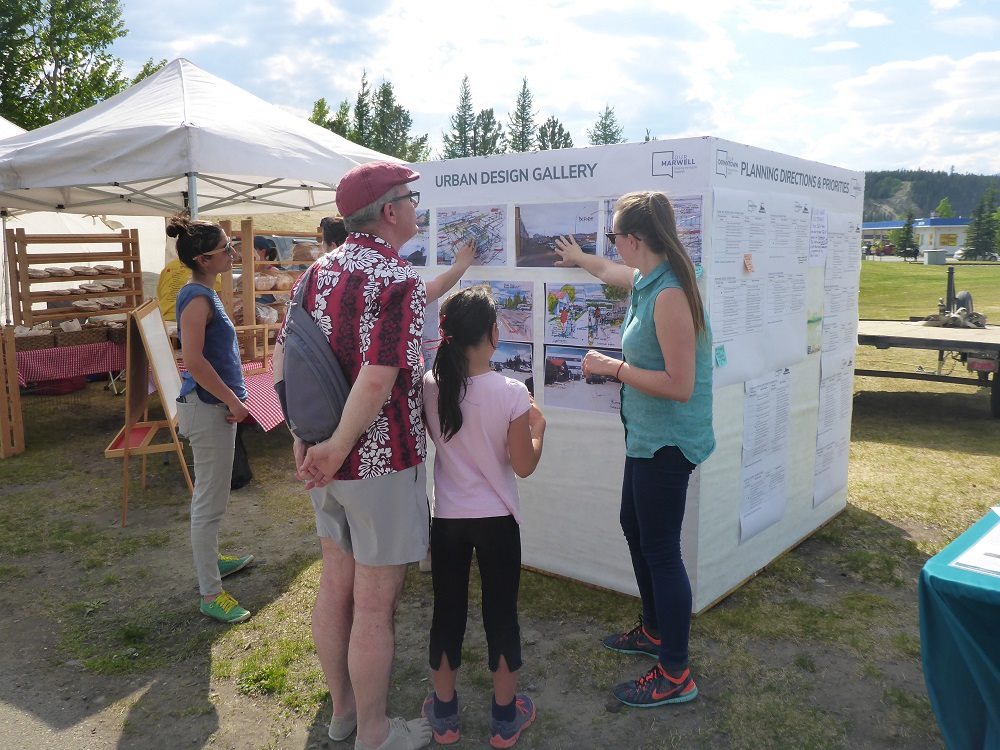 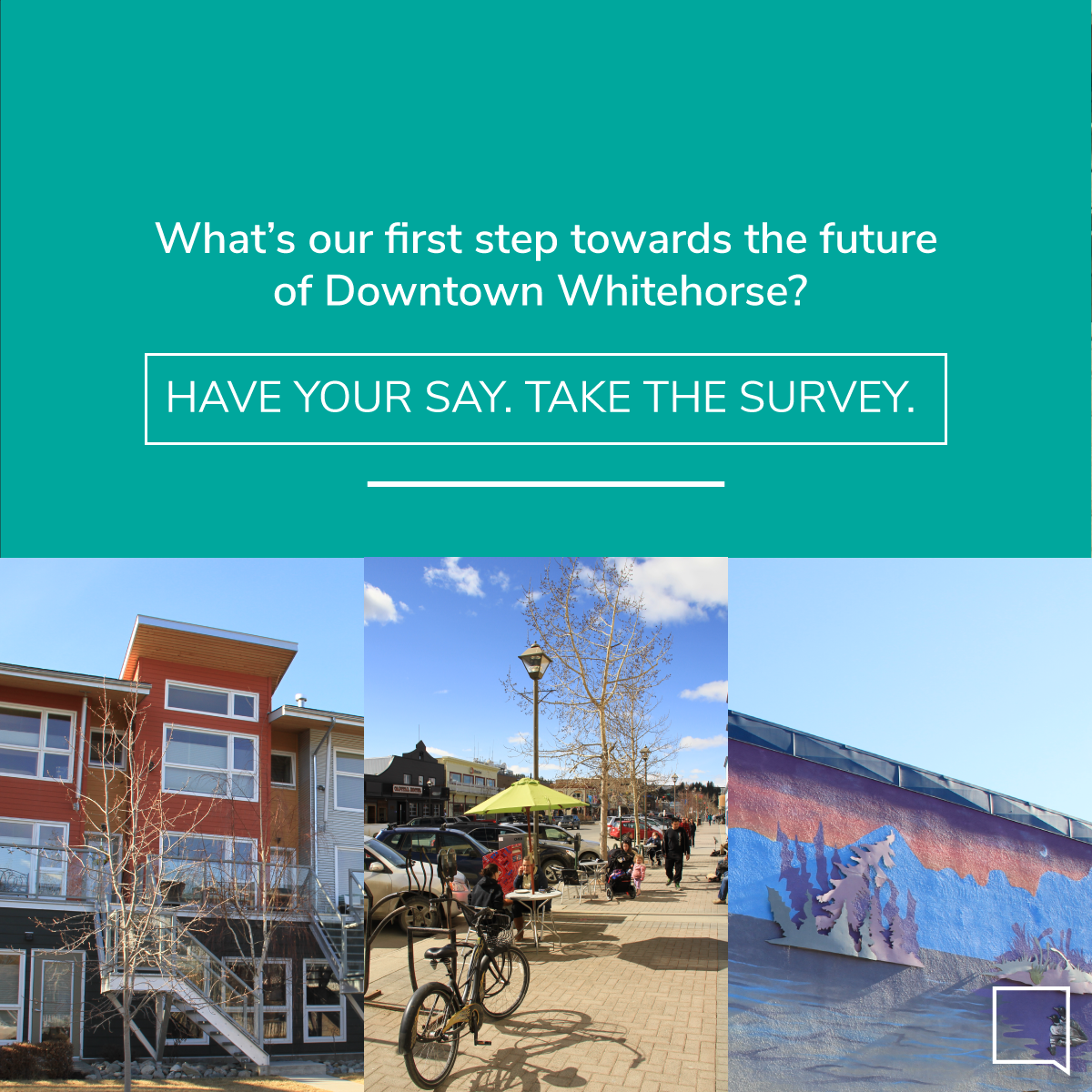 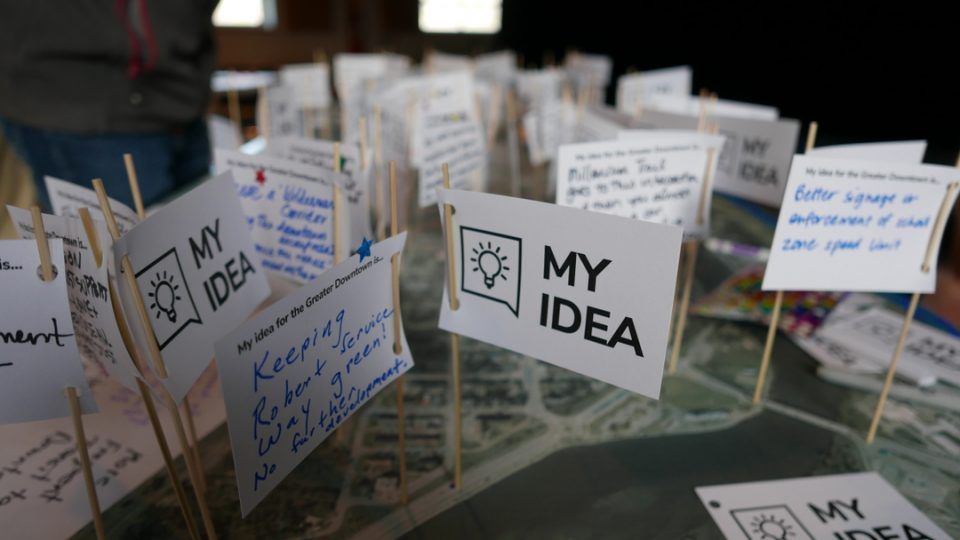 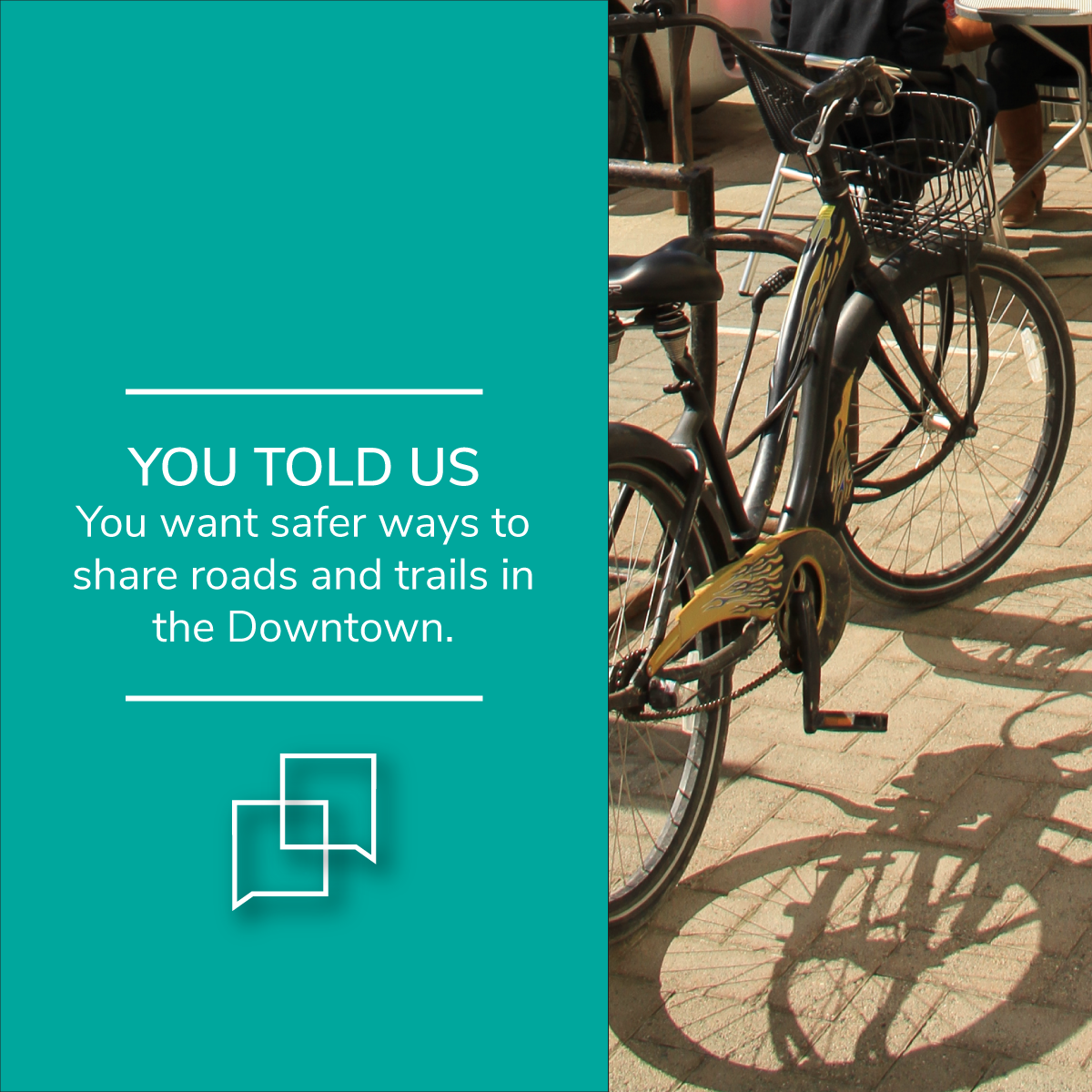 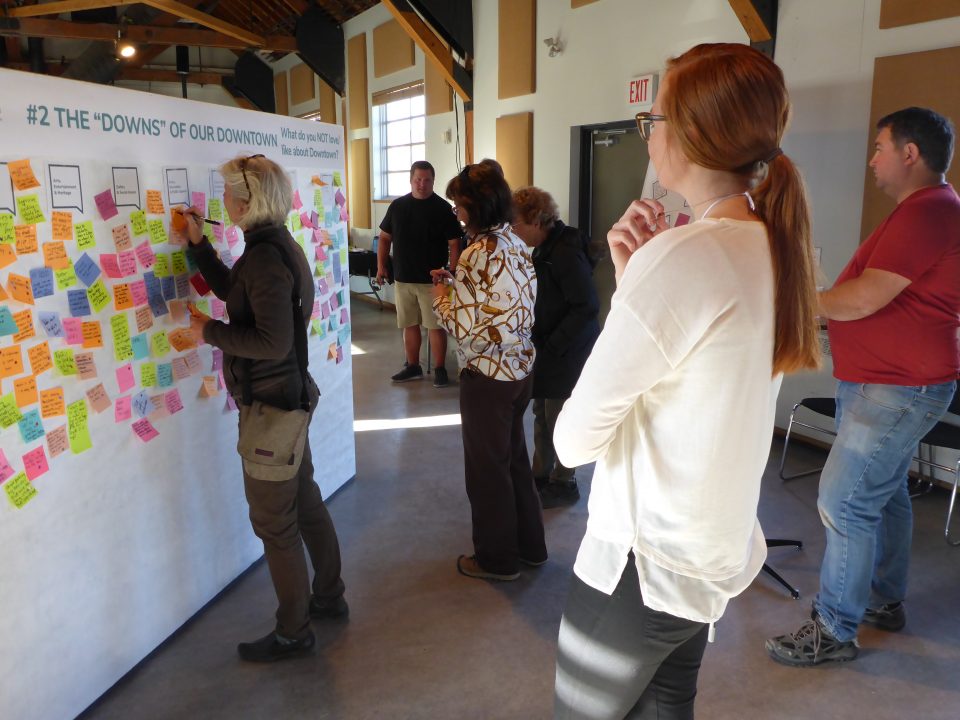 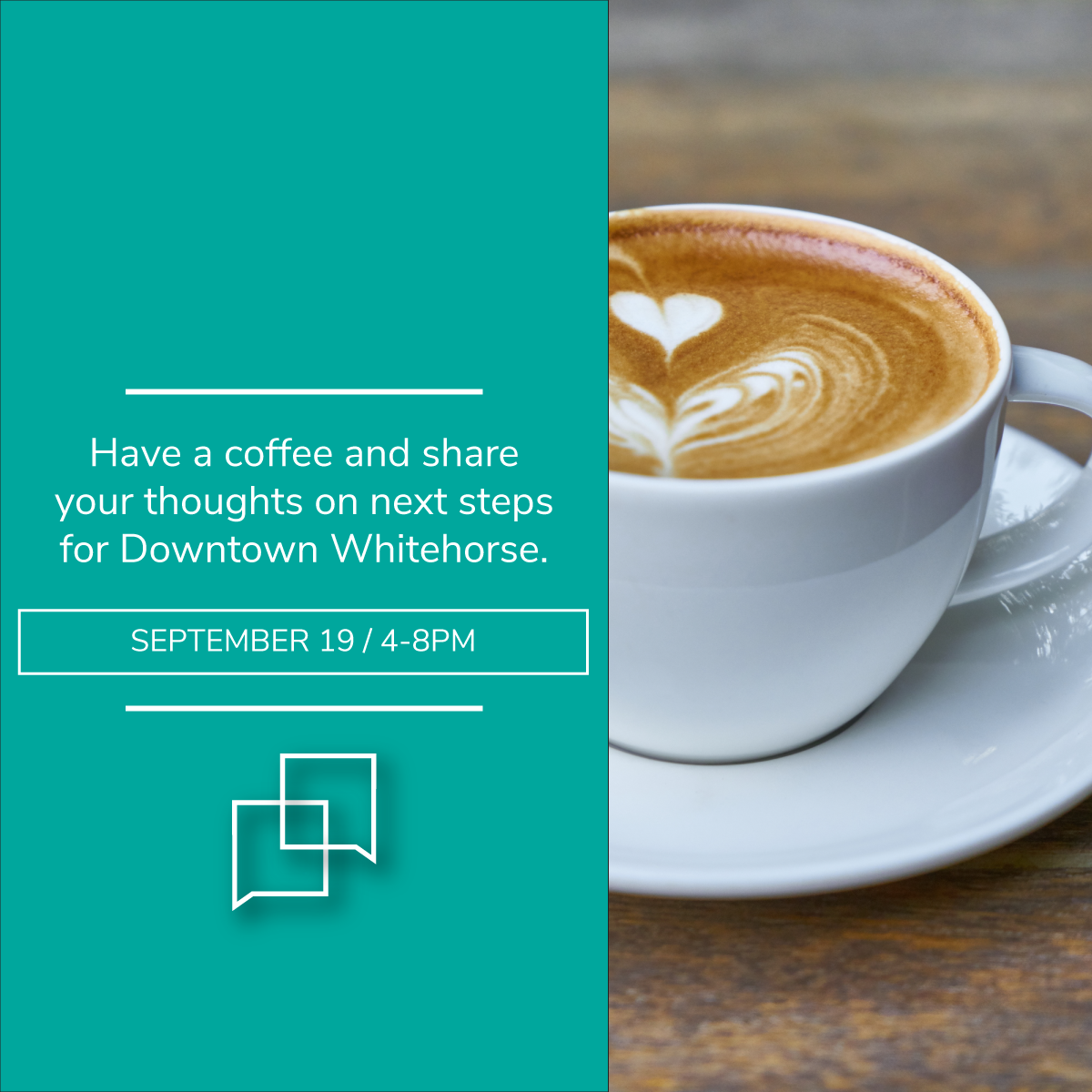 The City of Whitehorse launched the Downtown and Marwell planning processes in early 2017. The client needed an engagement team to help them inform the public of the planning process and gather input and ideas for the future of Marwell industrial area and Downtown Whitehorse. They were looking for unique solutions on a budget that would engage new participants in the dialogue about our city’s future.

SMRT POP UPS partnered with project leads Jane of All Trades Consulting and Urban Systems for this planning project. Together we created an engagement strategy that featured social media as a way to engage Whitehorse residents in conversation about the ideas that they would like to see for the future and what they love and don’t love about their Downtown.

The Future Forum gathered stakeholders and the public for 2 days of idea sharing. Participants mapped their ideas on a large scale map of the downtown and explored together what makes our city tick.

The Cube was an extremely popular pop up dialogue box that was strategically placed around the city to collect ideas and inspiration from the public. Pop up events such as the Downtown South BBQ and the Old Town walking tour and pop up booth also provided rich opportunities for members of the public to engage with City staff, and share their feedback on the draft vision, goals and actions of the Downtown plan.

Over 800 people engaged with both the Downtown and Marwell planning projects via events, social media, surveys or other means.

Over 400 surveys were submitted for the draft vision goals and actions for Downtown.

People engaged with social media posts from Phase Two of the project 3,062 times and shared 288 comments on our Facebook page.